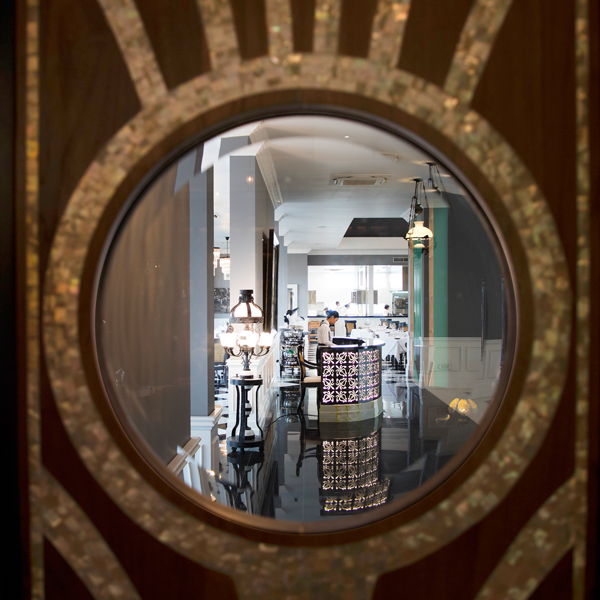 Those who have seen the Hollywood movie ‘Eat, Pray, Love’ might remember that Julia Roberts ate in Italy, prayed in India and found love in Bali. However, with what has been happening in the culinary scene in Bali in recent years, she now might choose to change the order of things and eat in Bali instead. With the opening of Apéritif Restaurant & Bar in 2018, that temptation only became stronger. The new restaurant and bar are located close to the centre of Ubud, on a cliff atop a valley with the Petanu River below and is literally surrounded by rice fields on one side and by the Valley of Kings jungle vista on the other side. On a piece of land next to the family-owned Viceroy Bali hotel, regularly ranked as one of the most luxurious resorts in the world, the same family has decided to create an exclusive and extremely opulent restaurant and bar. The grandeur of the building on the outside, and definitely on the inside, is a first indication of the huge ambitions the family clearly has with this new project.

The idea for Apéritif arose during a discussion between Anthony Syrowatka, the General Manager of Viceroy Bali and member of the owning family, and Nic Vanderbeeken, the Belgian Chef who was in charge of the kitchen at Cascades, Viceroy Bali’s other restaurant. Chef Vanderbeeken had the ambition to focus on a high end culinary project where he did not have to cater for the traditional culinary needs of resort guests. Syrowatka and his family believed in this dream and the idea for Apéritif was born.