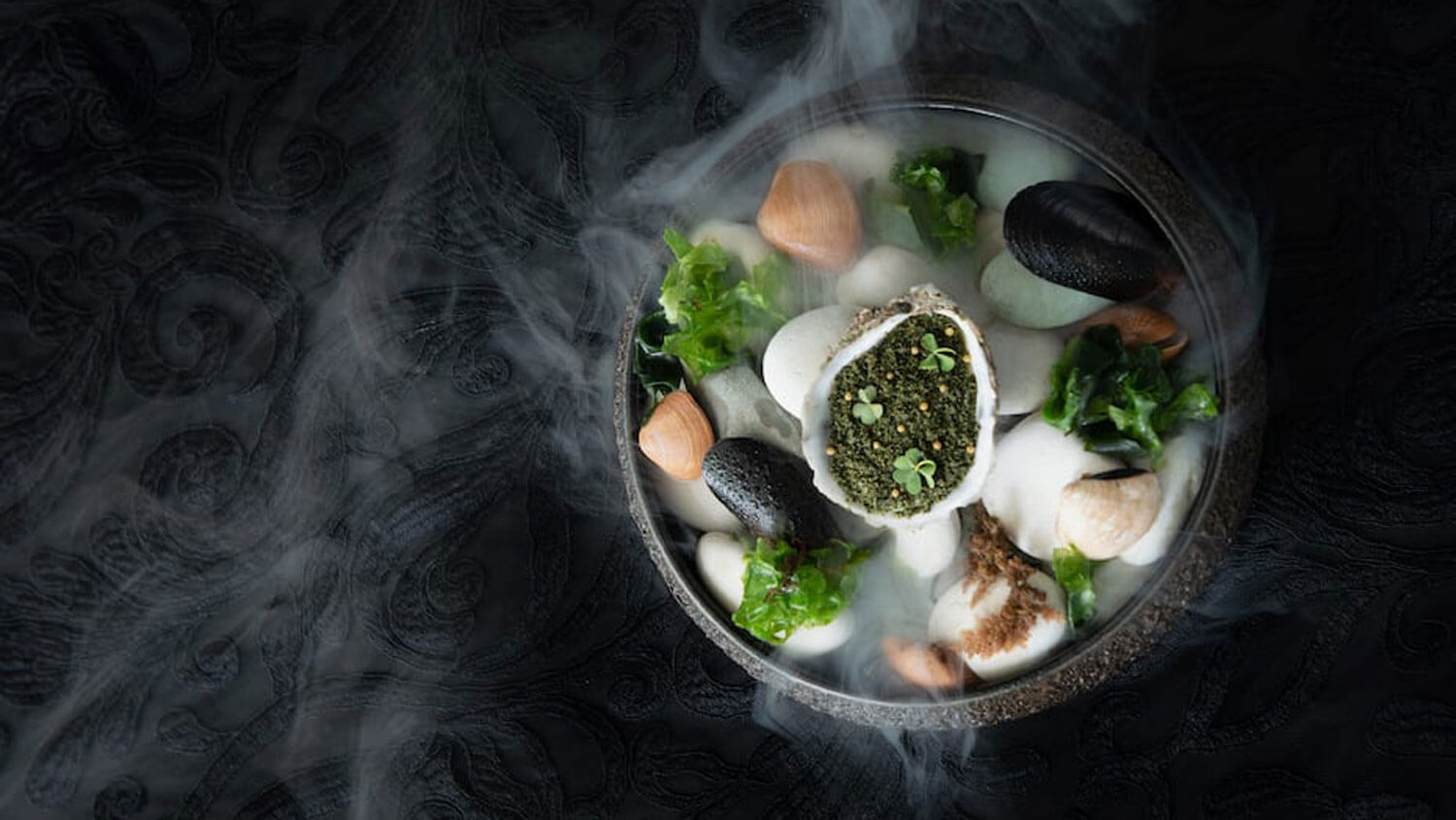 Apéritif restaurant takes fine dining in Ubud to the next level

People go to Ubud for peace and quiet, for the agricultural tranquillity of terraced rice paddies and towering palm-jungles, for yoga and meditation and apparently for some odd coffee enema (yes, you read that right). Well, with the launch of Aperitif, we will now go to Ubud for sumptuous fine dining, liquid luncheons and all-around bacchanals.
Set within the plush confines of The Viceroy, whose 25 villas trickle down one side of a jungled valley, Aperitif is an haute-level restaurant, cocktail bar, wine retreat, and one of the more exciting openings on the South-East Asian gastro scene this year. 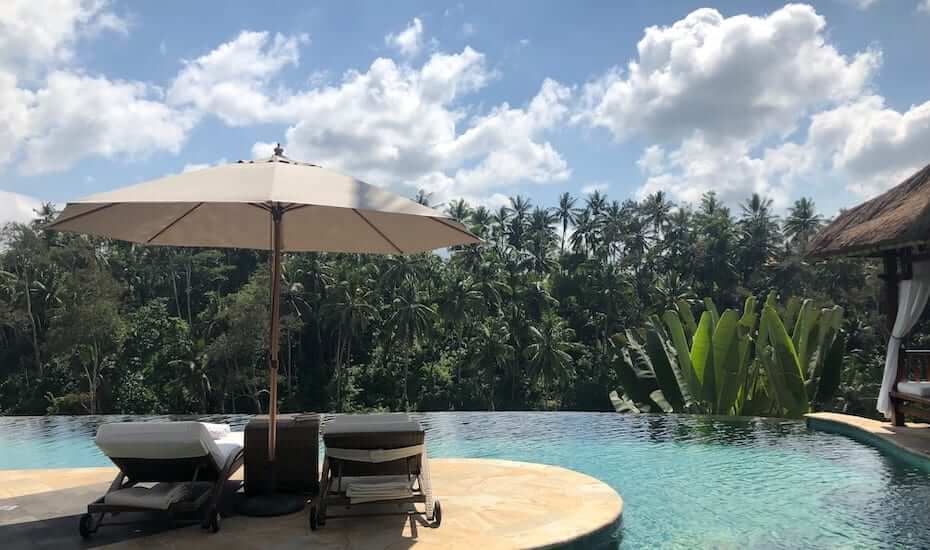 Let’s talk about, appropriately, the aperitifs. Served in an enormous bar sporting a sort of New England country estate feel – think bold racing-car-green walls and chesterfields aplenty – the cocktails comprise the usual suspects with a localised touch (read: tamarillo negronis). Lovely as they are, they’re quickly elbowed out of the spotlight by the canapés: parrot fish crudo setting off its carrier of crispy fish skin; a Lombok oyster (pictured below) with yoghurt defying expectations through the additions of spirulina seaweed and smoked-oyster emulsion. 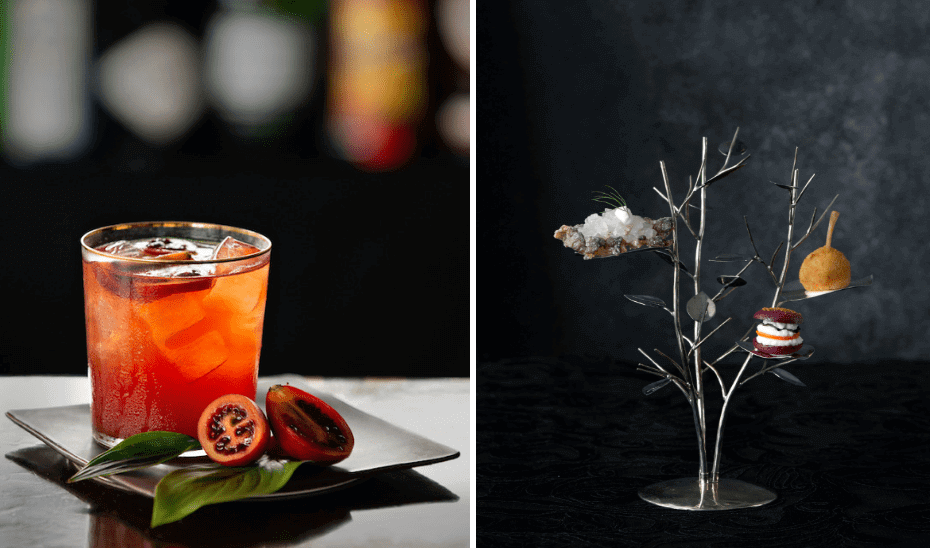 It’s a wonderful tease of the degustation to come, and so we hasten to the restaurant proper: a towering affair of slate-grey walls, modern-rococo chandeliers and a glass-encased display cellar running the length of one wall.

There is an enormous, sparkling, high-tech kitchen open almost entirely to the dining room, with the exceptions of a cool room stocked with experiments in miso and what appears to be a butter-churning room, in the cooler confines of which we presume tempers are permitted to boil over away from the glare (and earshot) of diners.

Despite the aromas (more tease) wafting from the open kitchen, the place also smacks of the upscale restaurant equivalent of new car smell. But for a new team, it’s an astonishingly polished performance. The talent is appropriately star-spangled, with executive chef Nic Vanderbeeken coming off a five-year stint at The Viceroy’s Cascades restaurant and previously having worked with Michelin Star celebrity chef Wout Bru, while pastry chef Alexander McKinstry hails from Melbourne’s Vue de Monde and New York’s Le Bernardin.

The degustation commences with a few, somewhat vicious choices that couples can presumably alternate on and then fight over, while lone diners can forever pine for what might have been (or arrange a second sitting). For myself, and for the first time ever, I pass over chicharron (served alongside Iberico pork and piccalilli, no less), in preference for Duck Magret, as I can’t resist duck and especially not duck squared (served with duck consommé, that is). A consommé that turns out to be truly sublime – heavenly and sinful at once, deep yet clear and bright, with a lick of leek oil offering a roasted, vegetal undertow. 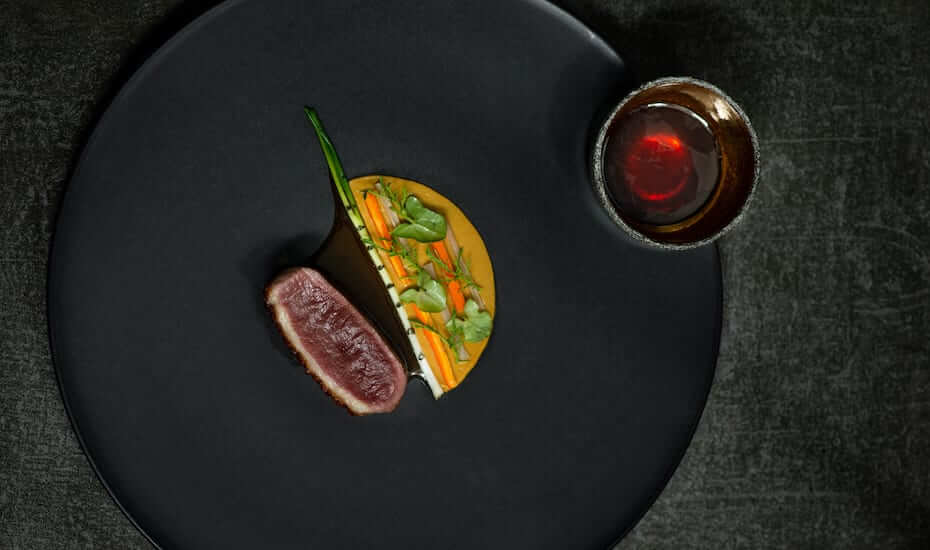 So often with chi-chi cuisine, I find myself thinking, this is all very interesting and my palate has doubtless been expanded, but I don’t need to have this dish ever again. Vanderbeeken’s duck consommé is entirely the opposite. I’m of a mind to force my way into the kitchen and commandeer the stockpot and a ladle.
There is a slew of dishes, all of them lovely, some divine. The signature Venison Wellington is carved à table, which brings the temptation of pinching one of the “Wellington ends” – although in a rare moment of austerity and moreover in the knowledge that diners are unlikely to leave the table undernourished, the Wellington ends were foregone. Studded with foie gras and dolloped with a rendang sauce, it is somehow both hearty and poised, both cardiac-event rich yet zingy and balanced.

Moving on to puddings, with the caveat that I’m not much of a sweet tooth, and would tend to mortgage the dessert stomach to the savouries. But these aren’t your typical desserts. “Goats Cheese” – which looks like a wheel of goat’s cheese but is, in fact, a burrata-inspired goaty slab – comes with “non-traditional accompaniments” such as hibiscus-infused apple and brown butter ice cream. It’s playful, palate-expanding, and leaves us wanting more. Many more. But that – along with the petit fours, served in a box in anticipation of the need to dabao – will need to wait until tomorrow.

Tomorrow, when I shall rise late, brush off the light dustiness from the flight of wines (available in a premium and super-premium pairings), forego yoga, skip the meditation and take my coffee in a French press rather than an enema. People will now come to Ubud for this very afterglow of a great meal.
Aperitif, Jl Lanyahan, Banjar Nagi, Ubud, Kabupaten Gianyar, Bali 80552, p. +62 361 9082777