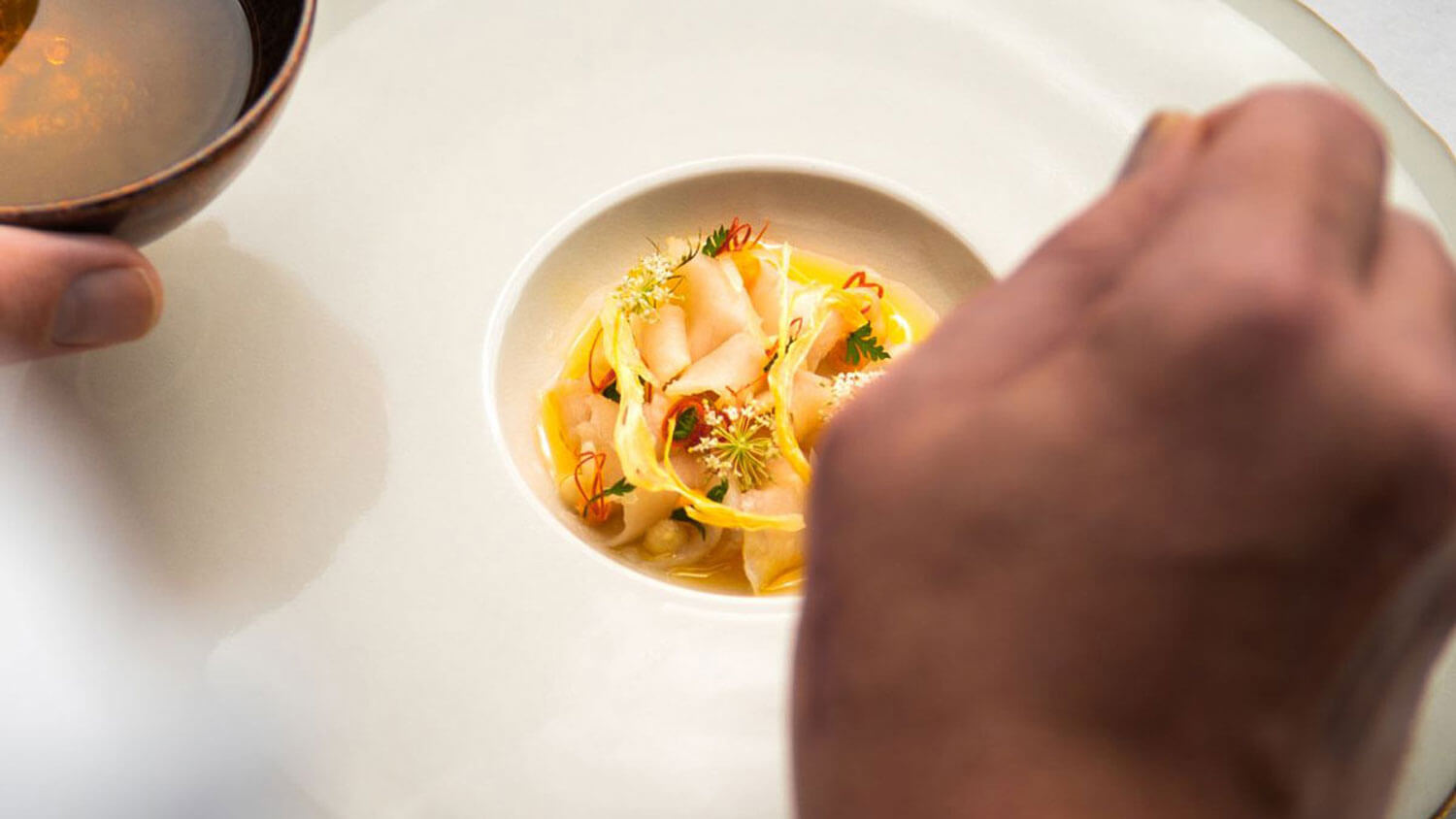 Flaunting a cuisine shaped by Belgium chef Nic Vanderbeeken’s culinary journey and the flavourful Indonesian fare he has come to love, restaurant Apéritif is helping redefine what it means to indulge on this feted island paradise

hile the invitation to dine out in Bali often entails a mélange of recommendations for Indonesian specialities, including those few but popular-with-the-tourist warungs specialising in Balinese cuisine (think a Rijsttafel spread of sop kelor, urab, ikan pepes, babi guling, bebek betutu and the likes), this prominent island getaway has in the last decade earned itself a reputation for dishing out some of the best meals in the region.

This, though, is largely the result of a wave of trendy distractions from the expected that range from speciality coffeehouses and burger joints to swanky beach clubs, tapas bars and restaurants specialising in award-winning renditions of elevated street foods.

And, with regard to one of its more recent openings, there’s also been a conspicuous embrace of world-class fine dining establishments proffering a heterogeneous approach to contemporary cuisine while championing local culture and produce.

One of the newest additions to advocate this inspired undertaking, year-old Apéritif in Ubud is conveniently located next door to one of the island’s poshest accommodations, the Viceroy Bali, which is also one of only two with a helipad if you’re thinking of flying in for dinner.

More importantly, while it won’t be the last time modern gastronomy is witnessing an amalgamation of contemporary French cooking and Asian flavours, the results, in this case, have turned up are a rarity of sorts—something delectably unique, something original.

That’s saying a lot when you consider the volatile temperament of the restaurant business—an industry that continuously struggles to satisfy a fickle market’s impressionable taste for the novel and provide the space a progressive kitchen needs to tell its story. 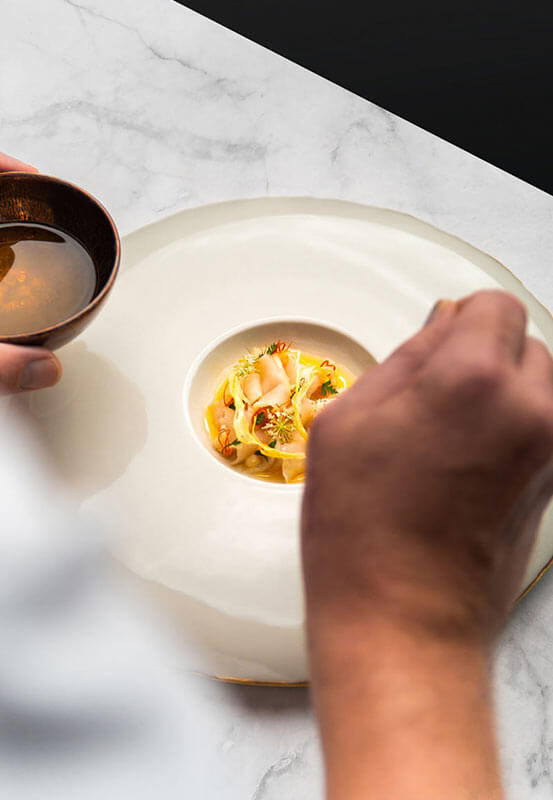 “It may sound romantic but, ultimately, it’s about honest cooking,” Apéritif’s executive chef Nic Vanderbeeken maintains, promptly affirming how food is constantly evolving. There is still much to learn, says the Belgium native. The food his Indonesian wife cooks at home, he cites as an example, is quite different from the local fare he has grown accustomed to after deciding to call Bali home seven years ago. 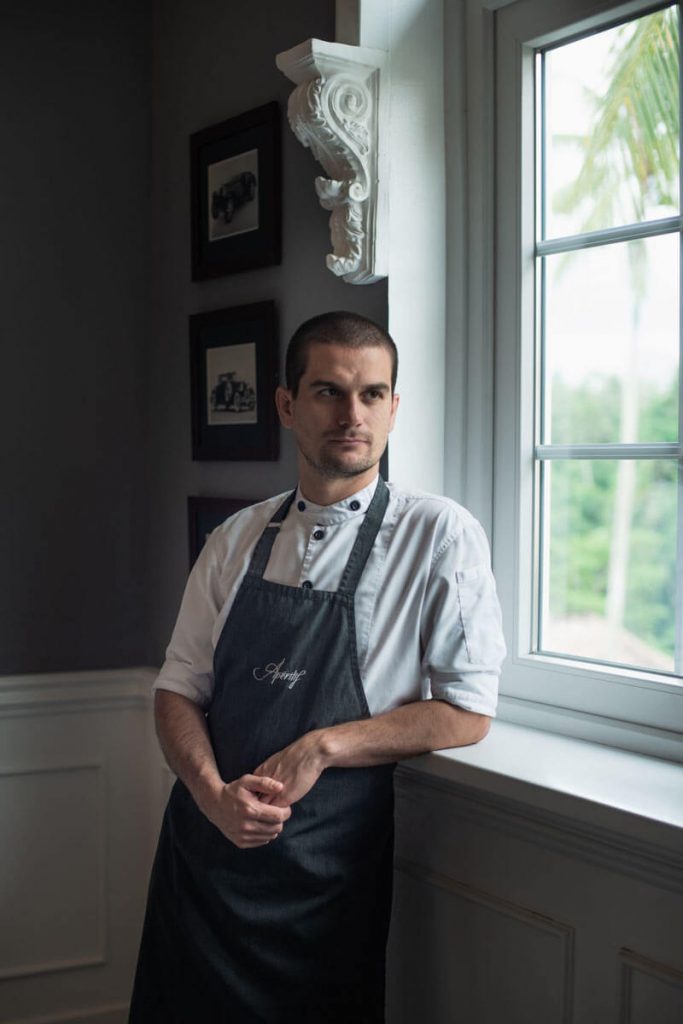 Plainly put, the menu at Apéritif is expectedly eclectic. But it’s about so much more. “It reflects a hundred per cent of myself—where I was before, my experience … and I don’t follow Nordic cuisine or, for that matter, a Japanese or an Indonesian style; I follow what I’ve learned,” Vanderbeeken expounds, noting how it’s also easy to appreciate the advantages Indonesian cuisine’s rich tapestry of flavours brings to the table.

His signature Venison Wellington, for instance, pairs the lusciously lean meat—cooked wrapped in chef Alexander McKinstry’s delicate pastry shell with a little foie gras—with a sweet-savoury rendang sauce. Vanderbeeken had taken inspiration from his wife’s family recipe for rendang, pointing out how it is an ideal version to start with since it is an authentic rendition from Sumatra, where his wife is from.

The idea isn’t to Westernise Indonesian flavours or for that matter put an Asian twist on Western cuisines. There is an obvious meeting of two worlds but Vanderbeeken is quick to affirm that his cuisine style is still more European than anything else. It is more precisely a reflection of his culinary journey, one that has led to a style of cuisine that deliberately ignores the trends, however risky the proposition.

It might throw off diners looking to compare his dishes with something popular they’ve had at another restaurant. But it is exactly the success of his unique creations that makes such comparisons unnecessary.

These include his Papua crab dish, which comprises seasonal beurre blanc-poached crab paired with bengkoang, pickled kohlrabi, Kaluga caviar and what is best described as an updated and refined gulai sauce. To match the elegance of the dish, the level of spices for the curry-like sauce is tempered, while coconut cream is added only at the end to achieve a richer consistency.

Like many of today’s renegades of modern cooking, Vanderbeeken also appreciates the advantages of incorporating a boost of umami. But he’s not exactly a fan of terasi (local Indonesian shrimp paste) and uses instead a bisque (made using lobster and shellfish) that he further reduces for a more concentrated seafood flavour. Shrimp paste, he explains, is fermented and extremely pungent, so he prefers to use a reduction of “an elegant bisque”, which he then adds to the sauce.

He explains that with each recipe, the team begins by considering how they might be able to reimagine these traditional recipes as part of an experience that is “more fine dining”. The premise is simple enough: to offer something familiar yet totally unexpected. And, because cooking at this level surpasses the aspiration to simply provide sustenance by leaps and bounds, boldly autonomous acts are to be expected.

Of course, a large part of the market also crave what’s trendy and, as such, “we have to adjust our vision”, Vanderbeeken concedes. “When we started this restaurant, we had discussions with the owners; we had business plans because we had to make sure that [guests] are interested to come here,” he confesses. “But you also have to follow your heart, and I think this is most important.”

Certainly, the point is hard to argue when the food is this good.